The big news today in FX came from the Land Down Under.

The Reserve Bank of Australia, Australia’s central bank, hiked interest rates by a measly 25 basis points (0.25%). This was a BIG surprise since market expectations were for at least 50 basis points.

RBA Governor Philip Lowe’s reason for the smaller-than-expected rate hike was because the interest rate had “increased substantially in a short period of time” and they will now “assesses the outlook for inflation and economic growth in Australia.”

The point is that the rate hike was smaller than expected, which is considered a dovish move, which is like kryptonite for bulls, so the Australian dollar (AUD) tanked.

The RBA is the first major central bank to “blink” and hint that it might now be time to slow down after aggressively hiking rates.

Not only did this cause the Aussie dollar to fall, but it dragged the U.S. dollar down along with it since it gave the market some hope that the Fed will soon follow and do the same.

Let’s review what else happened in the FX market today…

Which currency pairs gained the most today?

Looking at its price action (PA), the price broke out and closed above its 200 SMA (blue line) on Sep. 29 and so far, has managed to stay above this moving average.

Compared to yesterday’s candle, the price today was also able to make a higher high and close above yesterday’s high.

As shown by our FX Market Movers page, the top 5 gainers all moved over 1% which are pretty sizeable gains.

Four out of the top 5 included the euro.

Does this mean the euro was the strongest currency overall today? 🤔

Which currency pairs lost the most today?

What was the overall strength or weakness of individual major currencies today?

Based on the Currency Strength Meter on MarketMilk™, EUR was the strongest currency, while AUD was the weakest currency. 💪

If we dive a little deeper and look at all the EUR pairs, we can clearly see that EUR was “green” against all currencies today.

When it comes to short-term trend strength, the British pound (GBP) continues to show the most bullish strength, along with the euro (EUR)

Keep an eye on the Canadian dollar (CAD), its trend is still bearish but looks like that’s weakening.

If we take a look a look at our Currency Heat Map, we can clearly see how weak  AUD and NZD have become.

They’re both trading below their weekly AND monthly lows.

Which currency was the most volatile today?

Based on our Currency Volatility Meter, it’s the Australian dollar (AUD).

Given the news from the RBA earlier today, this should come as no surprise.

Which currency PAIR was the most volatile today?

Given AUD was the most volatile currency, it has to be an AUD pair. But which one? 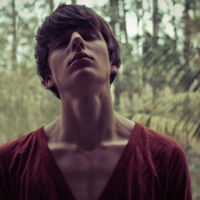