#AUD/JPY# Hello traders, a like goes a long way so does a follow, so if you agree with this chart please give it a like and if you like to get notified when I publish a new idea give me a follow. Please if you find anything wrong with my idea please leave a comment explaining my mistak 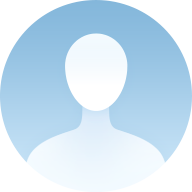 #AUD/JPY# Price is currently heading towards a support zone . Price is expected to buy from this level which is also the 50 fib level. Possibly AB=CD pattern

In short, hoping to see gold drop before

#XAU/USD# I am currently watching gold as it unfolds this week. This week will most likely be a slow moving one as we prepare for the holidays coming up, however; I am anticipating a downward spike preceding a rise to previous structure and finally a fall to the level of 1775.00 News t

#AUD/USD# FOREX MONKS Price on this chart is still bullish , I expect to see price close above 0.733930 on the 4hr chart for us to buy to the next resistance above that around 0.7400 which is at least 50 pips to bank from. Happy pipping. Reach me for more charts on mail : godfreyomwang

He liked
Insights Board
4d

EUR/USD alternates gains with losses around 1.1870. Daily support emerges in the mid-1.1800s so far. EC’s Consumer Confidence comes up next in the docket. EUR/USD keeps the daily range unchanged and trades around the 1.1870 area ahead of EMU’s data. EUR/USD stays capped by 1.1900 EUR/USD keeps the c
3

Canada retail sales for September are due from Statistics Canada at 8:30 am ET Friday. Ahead of the data, the loonie traded mixed against its major counterparts. While the loonie dropped against the aussie, it was steady against the rest of major rivals. The loonie was worth 1.5484 against the euro,
3

#AUD/USD# AUD is near monthly resistance, we must wait for the break and or rejection from resistance so we can start shorting the pair. From a COT perspective, Non-Commercial traders have started closing their longs and started adding shorts. Today's report will give us a better persp

The manufacturing sector in Japan continued to contract in November, and at a faster pace, the latest survey from Jibun Bank revealed on Friday with a manufacturing Purchasing Managers' Index (PMI) score of 48.3. That's down from 48.7 in October and was shy of expectations for 49.4. It also moved fu
2

WASHINGTON (Reuters) - U.S. homebuilding increased more than expected in October as the housing market continues to be driven by record low mortgage rates, but momentum could slow amid a resurgence in new COVID-19 infections that is putting strain on the economic recovery.The report from the Commerc
3

He liked
pihapiha
17 Nov
After much research, I finally decide that I am going to use OANDA to trade! Hopefully it will be a happy trading experience for me!
5