TOKYO (Reuters) - The dollar nursed losses against major currencies on Friday ahead of the U.S. non-farm payrolls report, which some investors fear could reinforce the view that momentum in the world's largest economy is slowing.

Sentiment has turned against the greenback due to a combination of rising U.S. coronavirus infections, a steady decline in Treasury yields, and a lack of consensus in Washington over additional fiscal stimulus.

Analysts say the dollar will continue to fall, particularly against the euro, the yen and Swiss franc, as expectations for a V-shaped recovery from the coronavirus epidemic fade and investors take a more sanguine view of markets.

"Optimism for an economic recovery is not backed up by the data. Safe-havens are very high, but stocks are also high, which doesn't make sense. The party has to end at some point."

Against the euro (EUR=D3), the dollar stood at $1.1868 on Friday, close to its weakest in more than two years.

The dollar teetered near a five-year low against the safe-harbour Swiss franc <chf=>at 0.9109.</chf=>

Against the yen <jpy=>, which is also considered a safe currency, the dollar traded at 105.57, not far from a four-month low.</jpy=>

Non-farm payrolls due later on Friday are widely expected to show U.S. jobs creation slowed in July from the previous month, indicating a resurgence in coronavirus infections is undermining the economic recovery there.

Earlier this week, the five-year Treasury yield (US5YT=RR) hit an all-time low, and the benchmark 10-year yield (US10YT=RR) fell to its second-lowest ever, further reasons to shun the greenback.

The dollar index against a basket of major currencies <usd=>last stood at 92.864, close to a two-year low.</usd=>

U.S. Republicans and Democrats have so far failed to reach an agreement on the cost of fiscal stimulus measures that many investors say is necessary to prevent the economy form losing more momentum.

Spot gold <xau=>, another asset sought during times of heightened uncertainty, rose to a record high early in Asian trading, another sign of the dollar's woes.</xau=>

Some investors are also worried about increasingly frayed Sino-U.S. relations.

U.S. President Donald Trump on Thursday issued an executive order banning transactions with ByteDance, the Chinese company that owns the video-sharing app TikTok, saying the app is a threat to national security.

The bans will start in 45 days and mark an escalation of a row over China's ambitions in the technology sector.

The yuan took the news in its stride, holding steady at 6.9568 per dollar <cny=cfxs>, but speculation about retaliation from Beijing could hurt risk sentiment further.</cny=cfxs>

The Antipodean currencies benefited from the broad-based weakness in the greenback.

Reprinted from investing.com, the copyright all reserved by the original author. 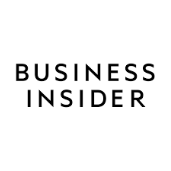