The suggestion of trader selection

In the classic essay On Horse, the famous Chinese literati Han Yu in Tang Dynasty discussed the relation between Bole (a talent scout) and the swift horse. When Bole first met the swift horse, it was way too skinny and weak to pull a cargo of goods uphill and was whipped by its owner, the woodcutter, from time to time. Who could have thought that such a dying horse had the talent of travelling thousands of miles a day and eight hundred miles at night? Similarly, if you judge a trader by the track record, that will make you just like the silly woodcutter. However, if you judge him/her by trading behaviour, though not being a Bole, you will be at least no longer amateur.

Why should a trader be judged by trading behaviour rather than track record? Because in the realm of uncertainty, judging simply by trading results is nonsense. In the field of economics, the causal relationship advocated by Buddhism is sometimes not established because there are too many variables. Uncertainty can make an experienced trader have no chance in the short term. It can also make a green hand directly double the profits. Therefore, the most reliable way to judge the level of a trader is through his/her trading behaviour, which represents his/her truest cognition, because we human beings will always act in our own best interest.

Future is unpredictable, and the market trend is the key.

There are two traders, one is always making a prediction about the market trend and able to point out the various situation of foreign exchange trend after technical studies, fundamental studies, etc. While the other trader tracks passively, stop losses strictly and takes the risk of retracting in exchange for gains.

Who is better? Apparently the latter. Because for the market trend, we can only make predictions. Right or not? It’s up to the market.

Among numerous opportunities, you can only grab a part of them.

Let’s take a look at another example. There are two traders, one of them focuses on studying trend strategies for a while and then turns to shock strategies, trying to combine them. He also wants to figure out a set of subjective cooperation mode of purchasing at the lowest point and selling at the highest score. Being eager to catch all the chances, he is just like the monkey coming down the mountain that wants both the watermelon and the corn, but he only has two hands. The other trader, on the other hand, has only one set of strategy and only enters the market when his own entry rules are triggered.

Which of them is more capable? Obviously, the latter, cause he knows that vast as the ocean, one can only take on the scope, and it is impossible to catch all the chances.

There is no perfect strategy, only solid execution.

Here is another example. There are two traders, one of the studies the most advanced trading technology every day, hoping to find a perfect and powerful trading method that can perfectly solve all kinds of trading details, such as stop-loss point, position, profit stop method, adding position, etc. Yearning for a more powerful way, he wants to achieve smaller withdrawal and higher income. While the other trader consistently executes his own trading system, giving up the pursuit of perfection.

Which of them is better? Evidently, the latter. Because he knows that no one is perfect, and the flawless trading system only exists in the imagination of traders. Just like a sentence on ZhiHu(the Chinese Quora) which goes like this: what is perfect love? Perfect love allows imperfection.

Future is unpredictable, and the market trend is the key. Among numerous opportunities, you can only grab a part of them. There is no perfect strategy, only solid execution. These ideas are the reflection of the cognition of traders and also the concrete embodiment of their trading abilities.

Therefore, the best way to judge the trade level of a trader is to find someone who truly knows how to trade, rather than evaluate by some listed numerical criteria. 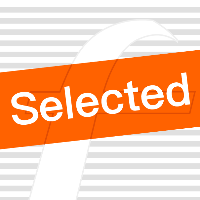