Worst presidential debate in the history - what are your thoughts?

CNN calls it a "shitshow," among other non-flattering names. Here's how the internet reacted to a volatile presidential debate between President Donald Trump and Joe Biden.

President Donald Trump and Democratic presidential nominee Joe Biden went after each other the minute 2020's chaotic first presidential debate started at Case Western Reserve University in Cleveland Tuesday night. Moderator Chris Wallace, anchor of Fox News Sunday, struggled to keep order as the candidates fought for 90 minutes straight over their records, the timing of Trump's Supreme Court nominee, the coronavirus pandemic, the economy, race and violence in cities and the integrity of the election.

The rancor reached such heights that on Wednesday, the commission that oversees general-election debates between presidential and vice presidential candidates said it will change the format of the remaining two presidential debates.

It didn't take long for the candidates to begin interrupting and talking over each other, with viewers quickly comparing the event to the infamous fights and finger-pointing that take place on the Real Housewives reality TV franchise, especially during reunion shows.

"This is ridiculous," wrote one Twitter user. "These two are worse than a Real Housewives fight.'

Others tried to think of other things that could be considered worse than the chaos playing out in real time. "I have been in a car crash, this is worse," wrote one Twitter user.

Of course, the coronavirus outbreak came in for heated debate, with Biden accusing the president of not doing enough to protect the country, and the president at one point saying Biden "shows up with the biggest mask I've ever seen." The mask comment especially drew the attention of social media commenters.

"Where can I order the biggest mask you've ever seen?" asked one Twitter user.

In one of many turbulent moments, Biden turned to the president and asked, "Will you shut up, man?" And that phrase took off on social media.

Even the president's former opponent, Hillary Clinton weighed in.

Where's Zoom when you need it?

Many viewers compared the night with an out-of-control Zoom meeting desperately in need of a mute button.

"10 bucks that Chris Wallace requests the next debate to be over Zoom so he can hit the mute button," wrote one Twitter user.

An instant poll by CNET sister site CBS News showed the vast majority of viewers, 83%, found the tone of the debate to be negative, with the most common reaction being annoyance, according to the survey. It's fair to say the reaction to the unprecedented evening from some media commentators was equally unprecedented.

CNN anchor Jake Tapper did not hold back. "That was a hot mess, inside a dumpster fire, inside a train wreck. That was the worst debate I have ever seen," he said on the network following the debate. "In fact, it wasn't even a debate. It was a disgrace."

Added CNN's Dana Bash, "I'm just going to say it like it is. That was a shitshow."

Tuesday's debate is the first of three, with the next event on Oct. 15 in Miami, and the third and final presidential debate on Oct. 22 in Nashville. A vice presidential debate between Vice President Mike Pence and Senator Kamala Harris is scheduled for Oct. 7 in Salt Lake City.

"Can't believe there's two more of these," wrote comedian and political commentator Bill Maher. "It's like making a sequel to Cats." Veron83
06 Oct 2020
With Trump being diagnosed with Covid, wondering if the next slated presidential debate is still on? Anyone has any news? 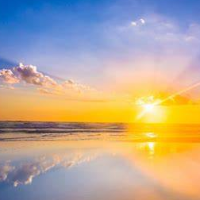 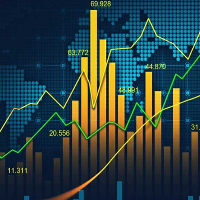 Kimlove
01 Oct 2020
Haha...I was so shocked when I heard the 'shut up' comment!😂 And the poor moderator - he really tried his best to keep things under control - but I also noticed him joining in with some of his inputs from time to time! All in all - a very entertaining presidential debate!👍