Beirut death toll rises to at least 135 as explosion is blamed on 2,750-ton ammonium nitrate stash

Beirut’s residents are in shock and mourning after an enormous explosion at the city’s port ripped through the Lebanese capital, killing at least 135 people, injuring more than 4,000 and displacing some 300,000, according to emergency services. Hospitals are overwhelmed, with some too damaged by the blast to operate.

The explosion, which blew out windows and destroyed property for miles around, has been initially blamed on 2,750 tons of ammonium nitrate stored in an unsecured warehouse, without safety measures, since 2014 at Beirut’s cargo port. The New York Times, citing public records, reported that Lebanese officials knew about the risks for several years but did not act on them.

The government subsequently announced an investigation to determine within five days the exact cause of the explosion and “who was responsible.”

“I will not rest until we find the person responsible for what happened, to hold him accountable and impose the most severe penalties,” Lebanese Prime Minister Hassan Diab said early Wednesday, adding that it was unacceptable that such a volume of the explosive chemical had been present for six years in a warehouse without any “preventive measures.” It wasn’t immediately clear what ignited the volatile material.

Lebanon’s cabinet said Wednesday that all port officials who oversaw storage and guarding since 2014 will be put under house arrest, to be overseen by the Lebanese army, according to Reuters citing ministerial sources.

A before (L) and after satellite image after a massive explosion in Beirut, Lebanon.
Source: Planet Labs

Ammonium nitrate is commonly used as fertilizer, but is also a component in mining explosives when combined with fuel oil and detonated by an explosive charge. It was used in the 1995 bombing of the federal building in Oklahoma City, killing 168 people. Only 2 tons were used in that bombing.

The chemical can also combust when met with an intense fire, which appeared to be burning in a part of the Beirut port before the huge explosion.

“I was in the car when we felt the huge blast, the airbags opened,” one Beirut resident told CNBC. “I ran away — it’s apocalyptic. There is no other word to describe it. We’re walking on glass, the entire area of Achrafieh,” he said, describing one of Beirut’s oldest residential quarters, a popular tourist area known for its narrow winding streets, cafes and bars that has essentially been flattened.

“Everyone I saw was bleeding from their head, their arms, everywhere. People shouting in despair. ... I’m still in shock.”

Reprinted from cnbc.com, the copyright all reserved by the original author. 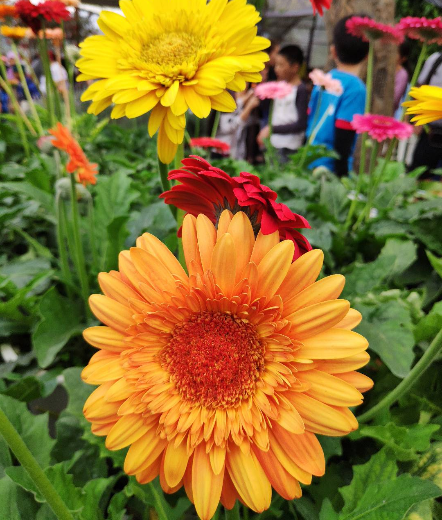