US curve continues to steepen as long-end suffers

COVID-19 numbers worsen in Europe. Over the weekend, Italy told nightclubs to close, matching an identical move in Spain on Friday. The French health agency said that 'the situation is worrying" and the French government now proposes mandatory use of masks in offices. Finally, New Zealand delayed the general election by one month due to the Auckland outbreak lockdown.

On the positive side, the number of deaths is still much lower than February/March and in general local lockdowns have replaced countrywide lockdowns. But the second wave is moving closer in Europe, while the numbers in general seem to have peaked in the US. This could be a potential future driver for EUR/USD.

10Y US treasury yields closed at 0.70% on Friday and the US curve 10s30s steepened 5bp to 115bp, to be up 15bp over the week. The 30Y segment in particular struggled after the record-sized 10y and 30y auctions the day before. The move came despite weaker-than-expected July US retail sales. The US treasury is selling 20Y notes this week, which could potentially steepen the US curve further.

The 'yield-push' from higher market inflation expectations reversed, as both 10Y and 30Y US breakeven edged slightly lower after the recent move higher. Hence, real yields moved higher on Friday after the record lows seen in early August.

3M USD Libor edged lower again on Friday to 0.27038% after the fixing had edged higher earlier in the week. The Fed continues to add USD liquidity to the market and in our view the direction is still down for USD Libor fixings.

In the FX markets, USD weakness resurfaced on Friday and EUR/USD is trading above 1.186 this morning. USD/JPY is at 106.5 after a temporary break above 107 on Friday.

Both the SEK and NOK are starting to show signs of fatigue after, notably, the NOK had a strong run lately, with EUR/NOK briefly below 10.5 on Friday.

US equity markets traded without much direction on Friday, but US futures are pointing to a positive US opening today. The Nikkei is 1% lower this morning after weaker-than-expected Q2 GDP numbers (-7.8%). The Chinese markets both in Hong Kong and Shanghai are supported in general by a cash injection from the central bank.

Credit markets took a breather on Friday from an otherwise strong week in credit. We saw iTraxx main wider by 1bp to 55bp, while Xover widened by 9bp to 345bp.

Fundamentally, credit markets remain underpinned by good technicals (inflow into IG funds and limited primary supply), coupled with generally stronger-than-expected Q2 reports. This week, we expect the primary markets to pick up speed. This could put a damper on the rally seen in cash credit last week.

The planned meeting on the phase-1 trade deal between US and Chinese senior officials on Saturday never materialised, due to 'scheduling issues', according to Reuters. US President Trump said on Saturday that the trade deal was "doing very well".

The postponement makes a resumption of the trade war between the two countries less likely in the near term, although Trump officially issued the executive ban on TikTok on Friday.

In Norway, the postponed wage talks between the industrial unions and the labour unions broke down yesterday. We do not expect any market impact as all eyes are on the Norges Bank meeting on Thursday. This is a 'small meeting' and no new signals are likely before the September meeting.

There has been little market attention on the widespread demonstrations in Belarus. However, we would keep an eye on any Russian interference in support of President Lukashenko. 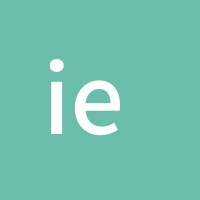